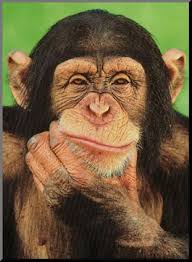 Have you ever been compared to another writer? Have you then read the other writer’s work and seen some of the similarities to your own?

I’m not talking about plagiarism, copying, anything of the sort – simply the similarities that can appear between two writers (or more) and their body of work. This recently happened to me, and it was a) good, because when I read the other writer, I greatly admired her work and take it as a definite compliment, and b) it was a bit disappointing, because suddenly it feels like you’re not quite as “original” as you were before.

No, I’m not going to moan about the lack of originality – the idea is probably a bit silly when, as they say, all the stories are the same stories … just told in a different voice, with your own distinctive spin. I also considered the notion that though I’d never heard of this author – nor has she, I’m quite sure, heard of me – and yet we conceived two rather similar ideas. Perhaps this leads to the idea of monkeys at a keyboard and able to compose – through chance – the great works of our time?

I don’t think I’m a monkey, and it’s funny, because I think I can see some similarities between this author and I in our inspiration; we appear to be of similar age, so I’m guessing Buffy and Joss Whedon probably play some influence; I know they do on me. And because readers rarely read only one author exclusively (I suppose it could happen, but they might be a bit obsessive … not sure I’d want that sort of fan), well, this author and I are kind of allies, though we’ve never met, since we’d be likely to share readers.

So, what do you think? Am I and this other author a product of our societies and similar pop-culture influences? Is the similarity between works a matter for the monkeys and chance? Is it a good thing or bad thing?

Just what I’ve been thinking about, and I’d love to hear from you.

Take care, thanks for reading, and have a great week.

View all posts by S.C. Chalmers